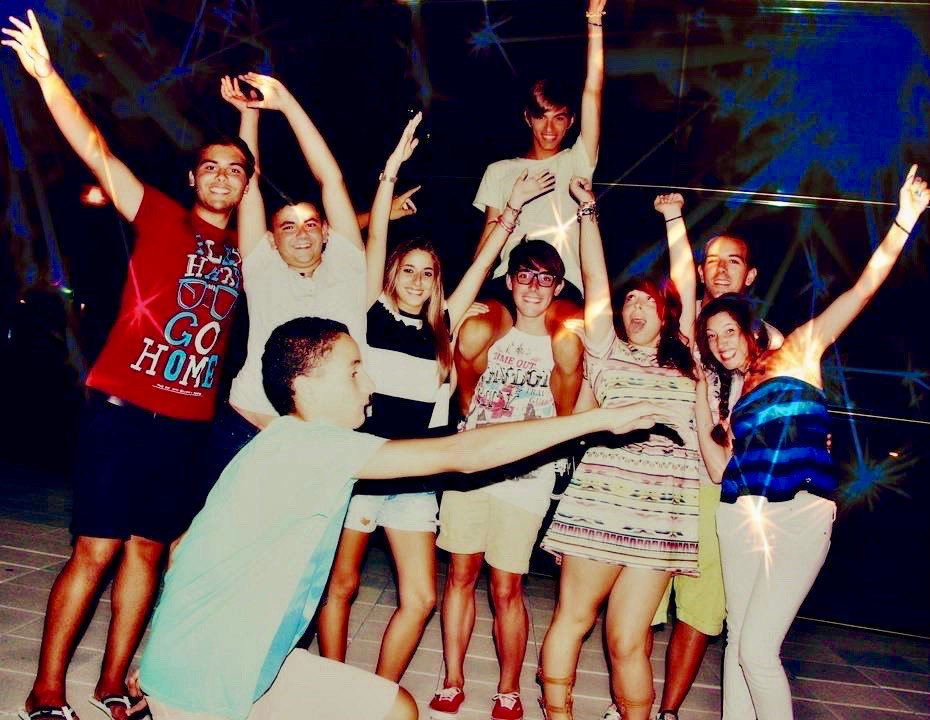 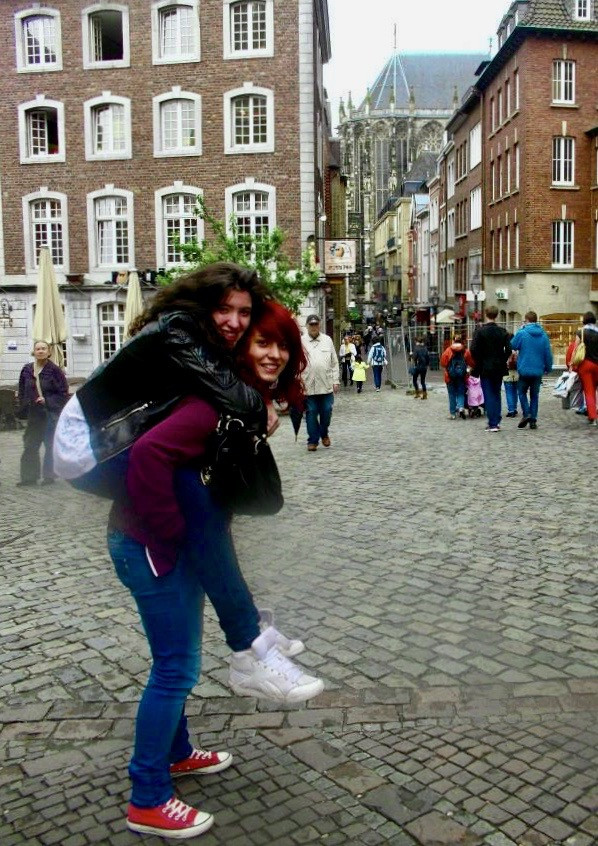 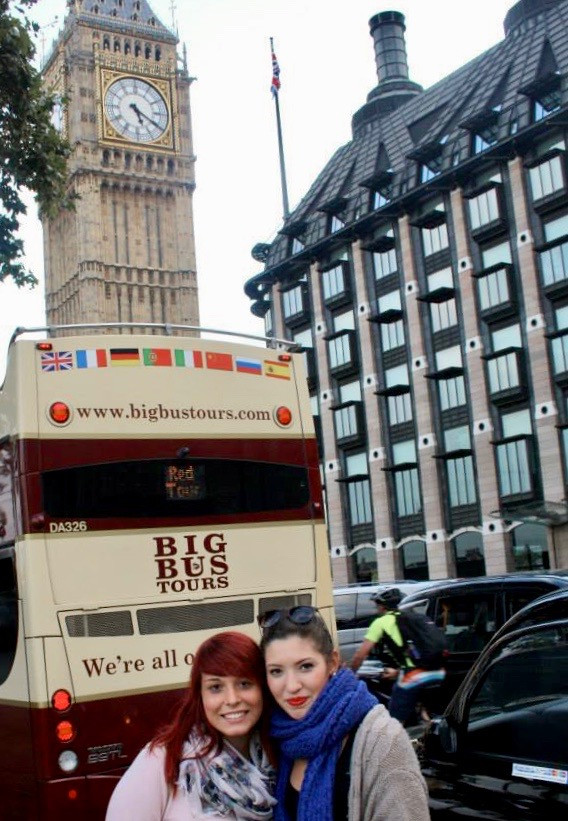 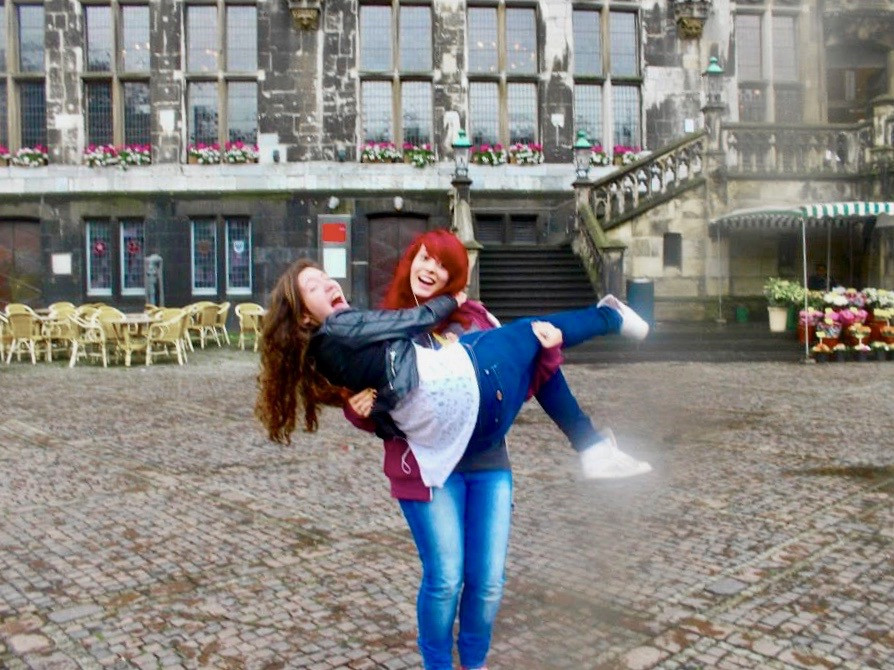 "Distance only makes the heart grow fonder." - this saying holds a profound meaning in today's #FriendshipFriday story. Diana currently lives in Czech Republic and she grew up in Germany. "I am half-German and half-Venezuelan," she writes. "I grew up in between many different cultures and languages, I guess that is where my passion for traveling comes from."
Diana first met her friend Paula on a cruise, 9 years ago. Here's their incredible friendship story:

"It all started out in Barcelona when I went on a cruise around the Mediterranean Sea with my family. This was about 9 years ago in 2010. This is where I met Paula. Paula is an incredibly sweet and humble person, when we met, we immediately became friends. She’s always been amazing to be around, she’s a real friend that will always be there when you need her. Paula and I spent one week on the cruise together in a youth club with other teens. Imagine, we were 15!  It was such a memorable experience.
After the cruise, our paths split as she returned to her hometown Cadiz in Spain, and I returned to Germany. However, that didn’t keep us from holding on to our friendship. The year after this cruise, I visited Paula in Spain, I stayed with her for four weeks and we had the most amazing time together, going to the beach every day, meeting up with her friends and more. I honestly don’t remember many details, but what I do remember is this feeling of happiness and warmth I felt then which overwhelms me when I recall those memories.
After that summer, Paula came to visit me in Germany for two weeks. It was incredibly great that I could finally show her around my home. As I live close to the Netherlands, we even went to Amsterdam and Aachen. We even celebrated my birthday together. I introduced her to my friends; we went out and had lots of fun. After that we didn’t see each other for some time. But when I visited her again 2 years later, it felt like we had never grown apart even though there has always been so much physical distance between us. Every time we see each other, it feels like the last time we met was just yesterday. That’s what I consider so important in friendship - It isn’t about how much you talk or how often you see each other (sometimes life just plays out differently, seeing one another is not always easy, especially when you like to travel), it’s about how you feel about each other and the connection you have. Thankfully, I learned that at a very young age, having a family that is spread across the world.
Even though Paula has a boyfriend now, our relationship has not really changed. Of course, she has less time now, but I guess that comes with growing up. The time I spent with her that summer was incredible. I met so many different people and had amazing conversations. That was also the first time both of us were 18, and were officially allowed to drink. You can probably imagine how our first party turned out. We didn’t even make it to the club! Sadly, after that summer, we grew apart a little, not emotionally, but it just became harder and harder to see each other considering Spain’s financial crisis and high school. Of course, we wanted to see each other, but it somehow wasn’t possible for either of us.
Almost 3 years later, I went to England as my last school trip. Paula and I had talked about her going to London somewhere around that time, but I didn’t know the exact dates since it was still a year to the trip. It still surprises me how fast time goes by. By the time I went to England, I didn’t even think about the fact that Paula might be in London too, I completely forgot about it.
We were in England for a week, but only explored London on the last day. We arrived in the morning and had about 8 hours to explore the city. We split into groups and strolled through the city. On reaching Big Ben, my group and I decided against taking a small side street and took the main street along Thames River instead. This was probably the best decision we could have taken, because all of a sudden I heard my name. I turned around and there she was, standing with Chany, her boyfriend, and looking at me in disbelief. I couldn’t believe it myself, I was frozen, unable to believe it was really Paula. I broke into tears, tears of joy, as I could simply not believe what was happening, meeting my Spanish best friend coincidentally on the streets of London! What are the odds? Neither of us knew that the other was there. This was a moment of pure joy and even though we only met each other for 5 minutes (since our bus was leaving soon), I wouldn’t have missed it for the world!
Sadly, we haven't seen each other since but I really look forward to the next time we meet again. Hopefully, soon! I love her very much, Paula is an incredibly important friend to me and I value her immensely, no matter the physical distance between us."
Do you have long distance friends like Diana and Paula? Tell us about your friendship story in the comments below or send us an email on hello@yuujou.world, and get a chance to have your unique story told to the world.
Need more inspiration to share your friendship story? You can also have a look at Tara's and Maxime's stories.