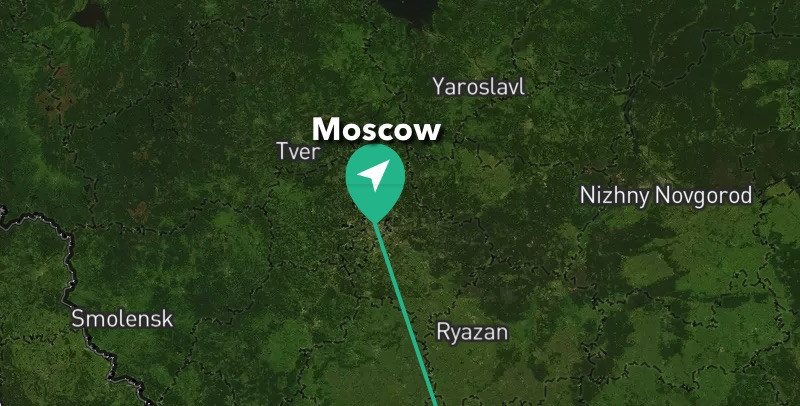 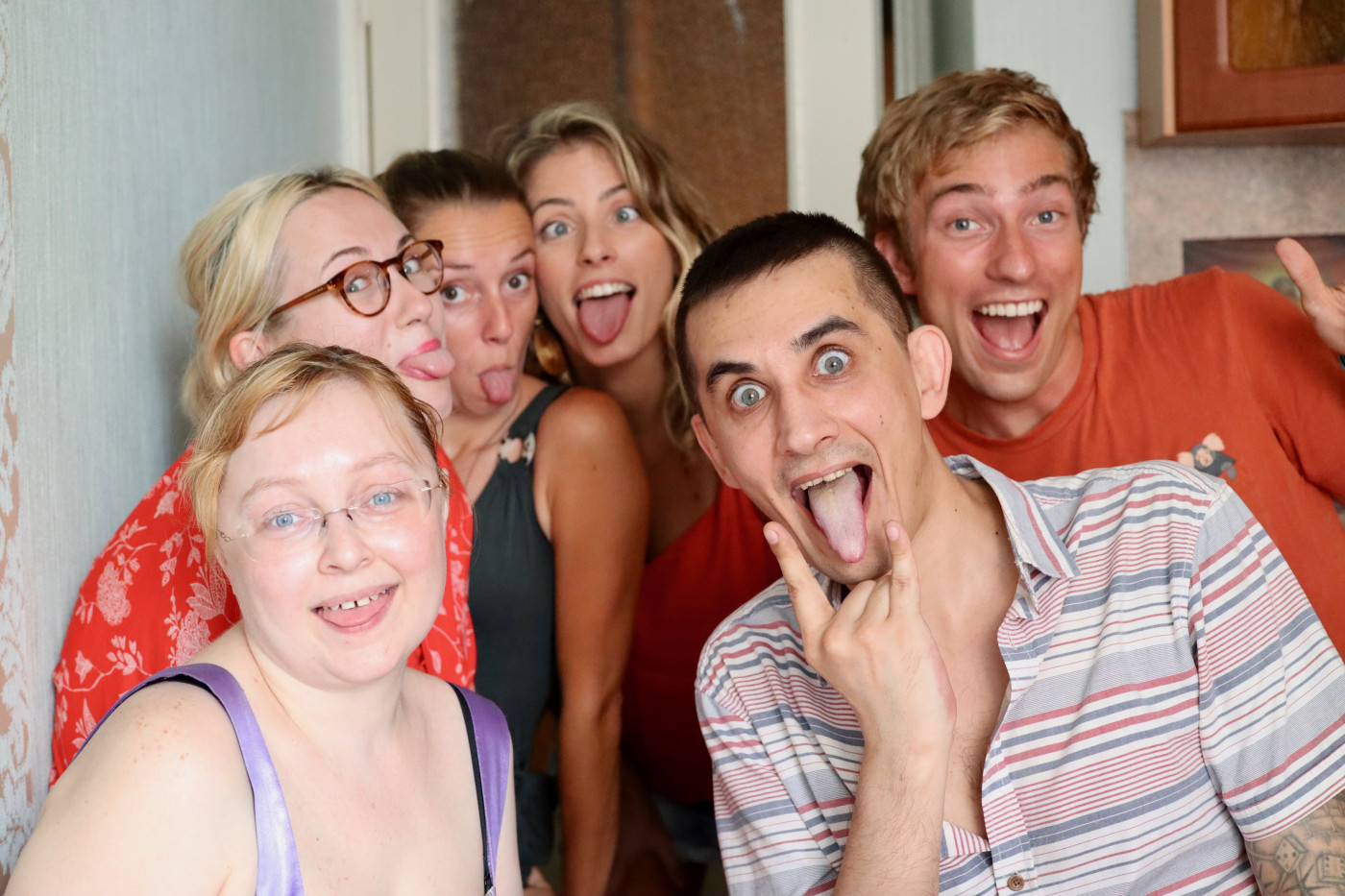 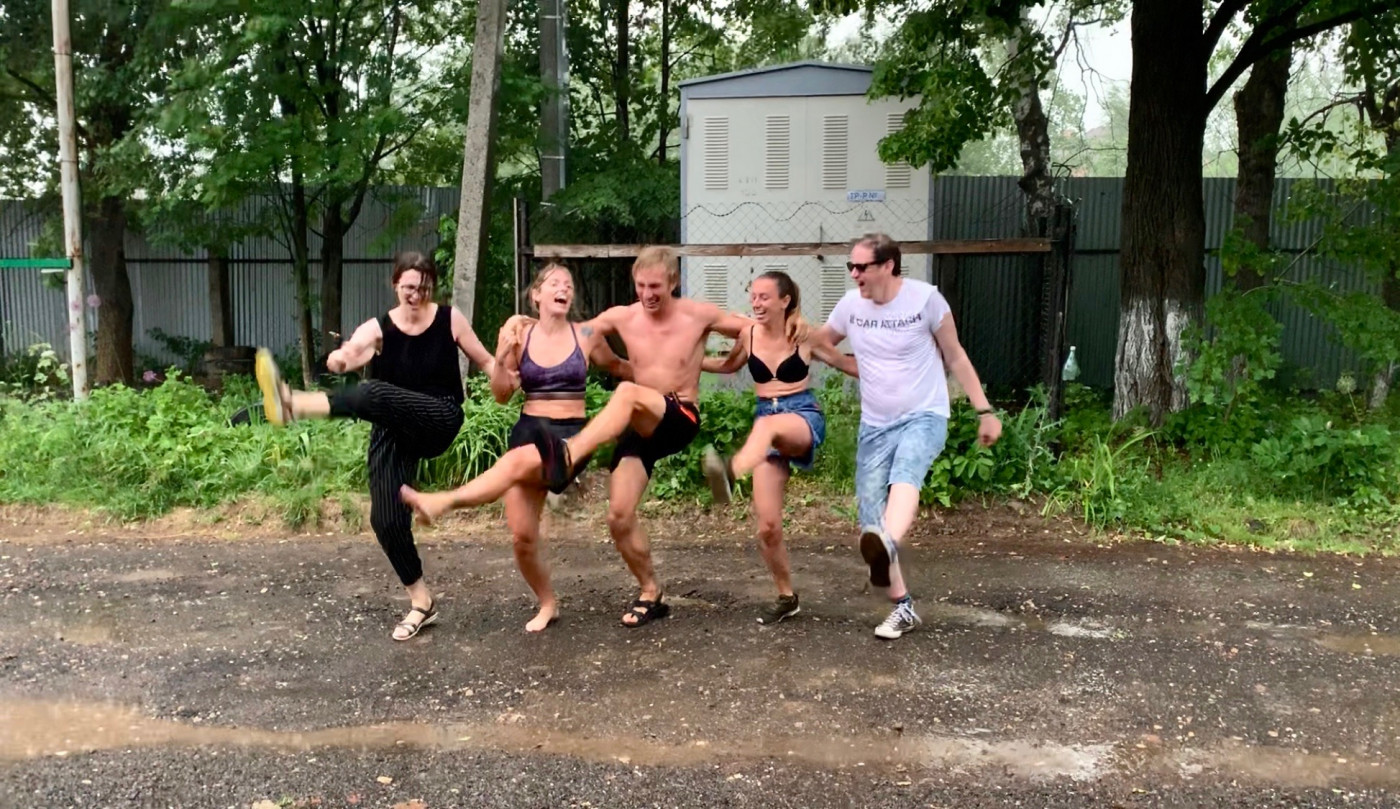 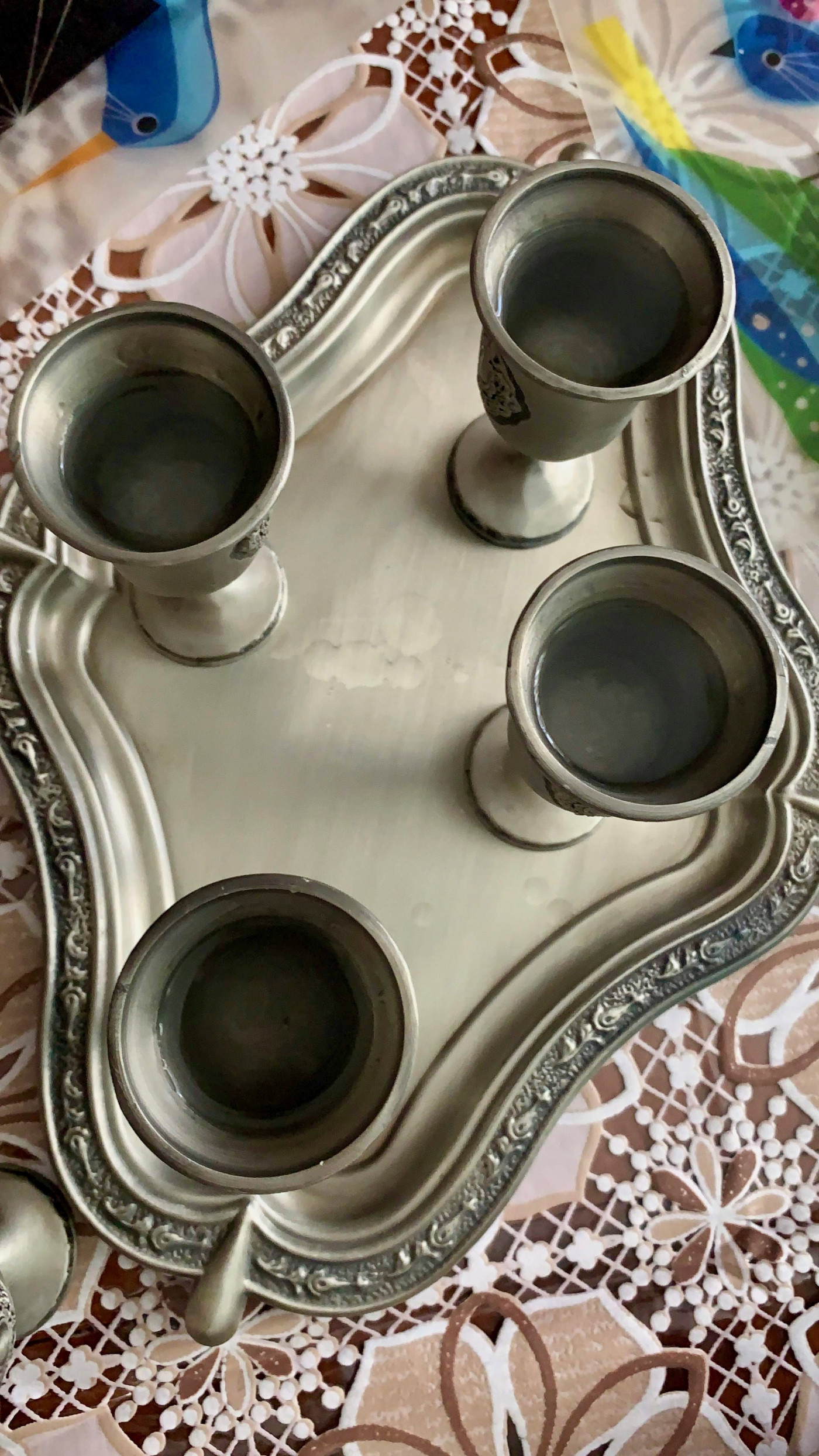 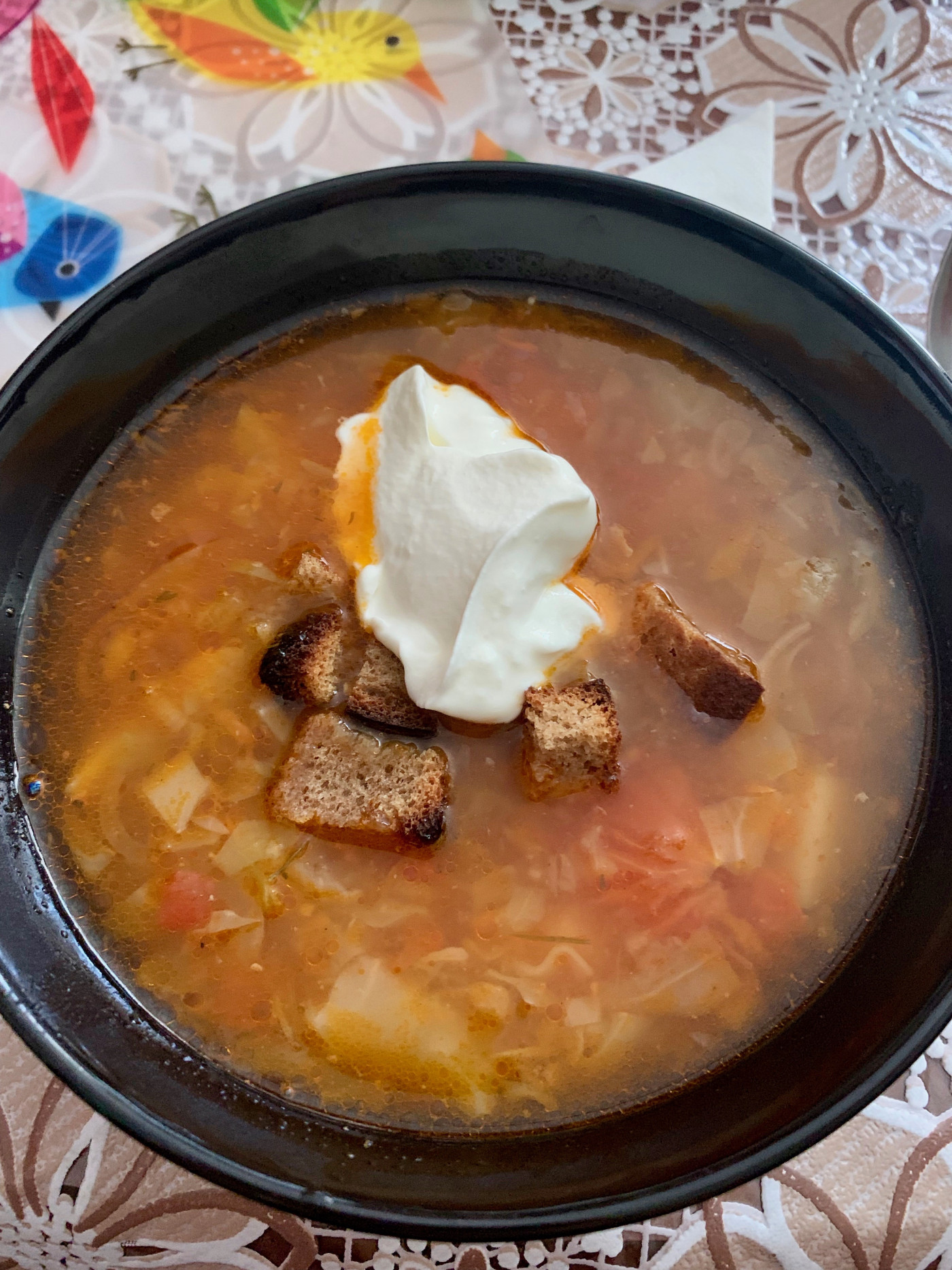 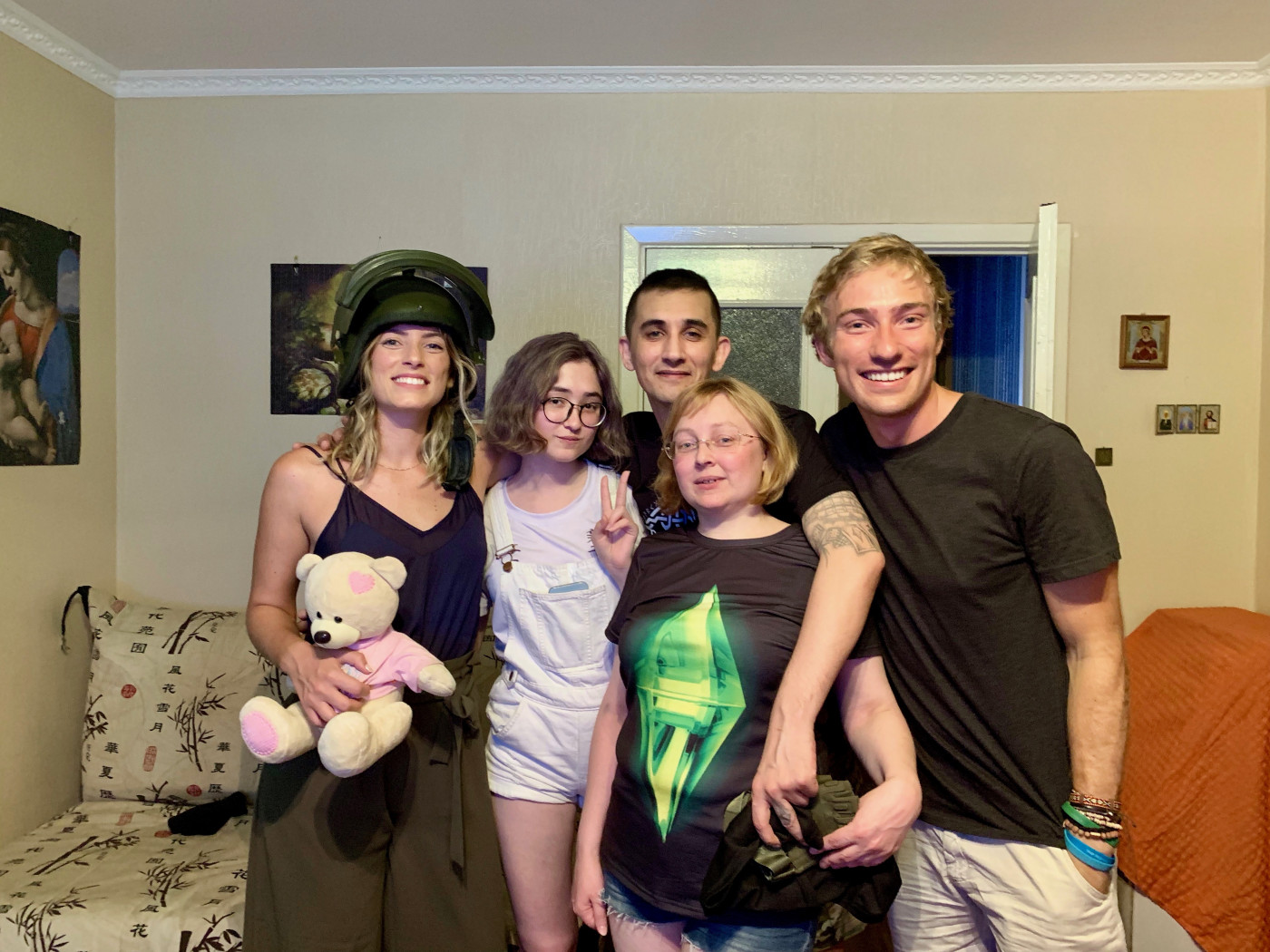 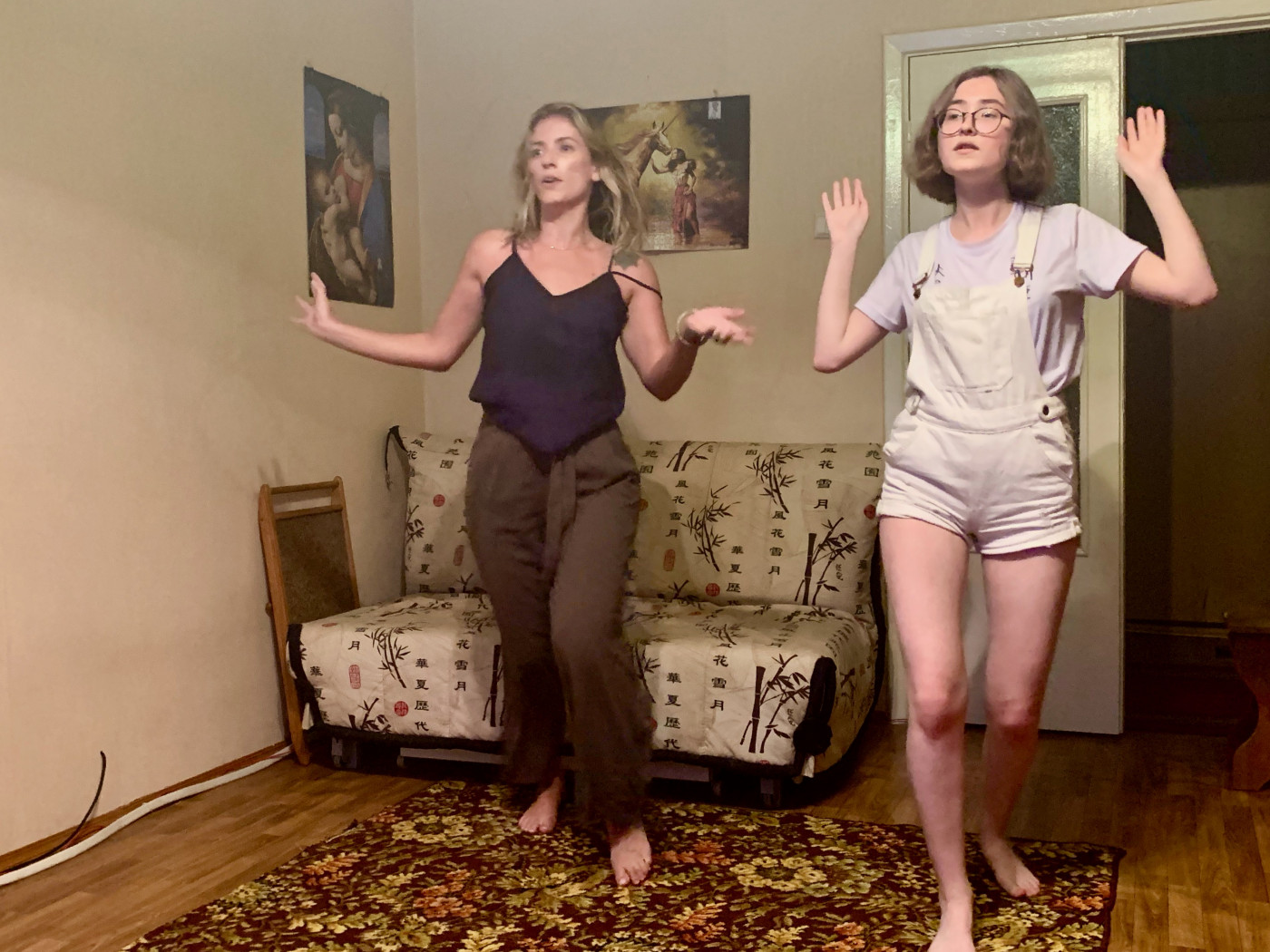 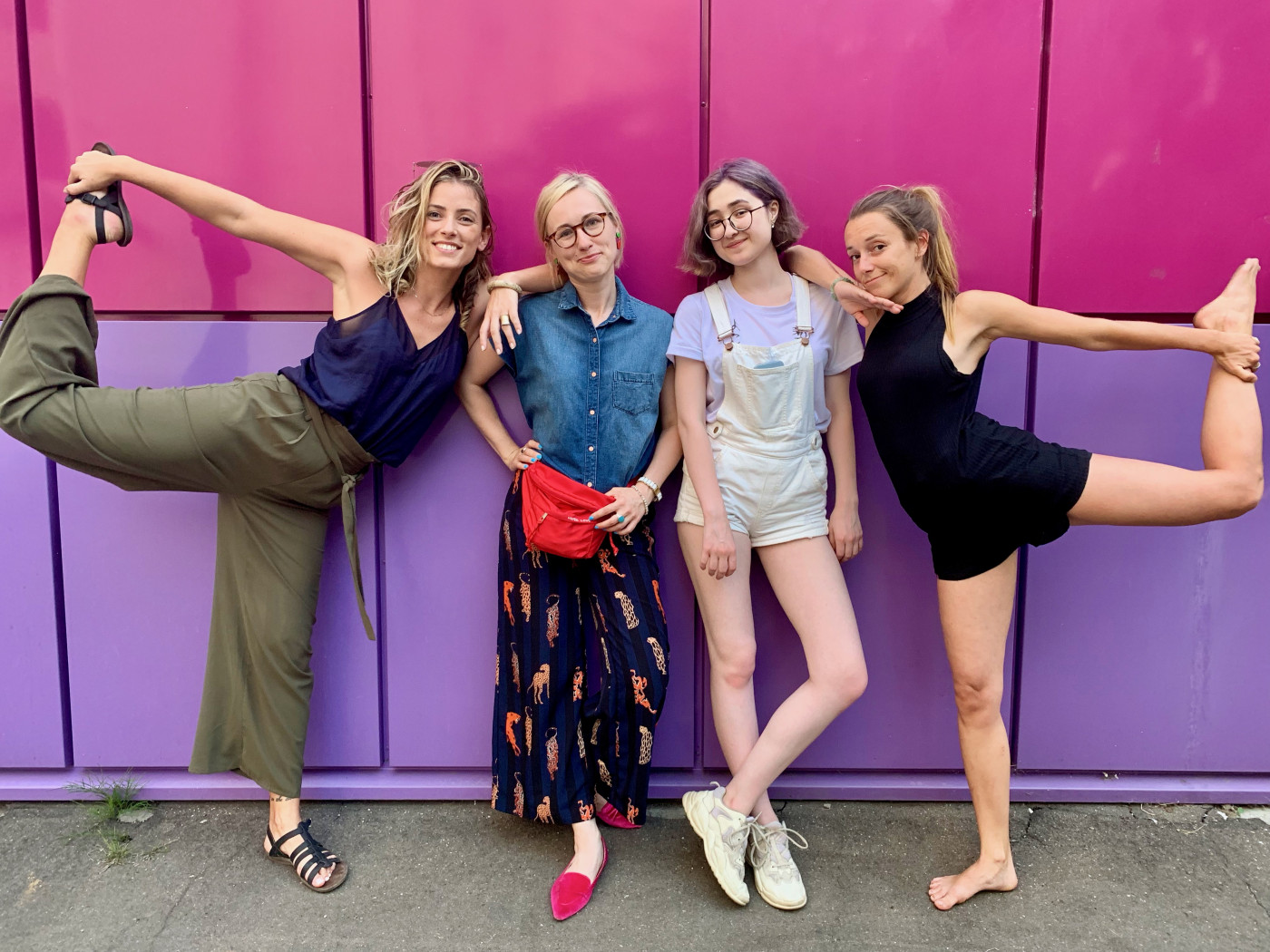 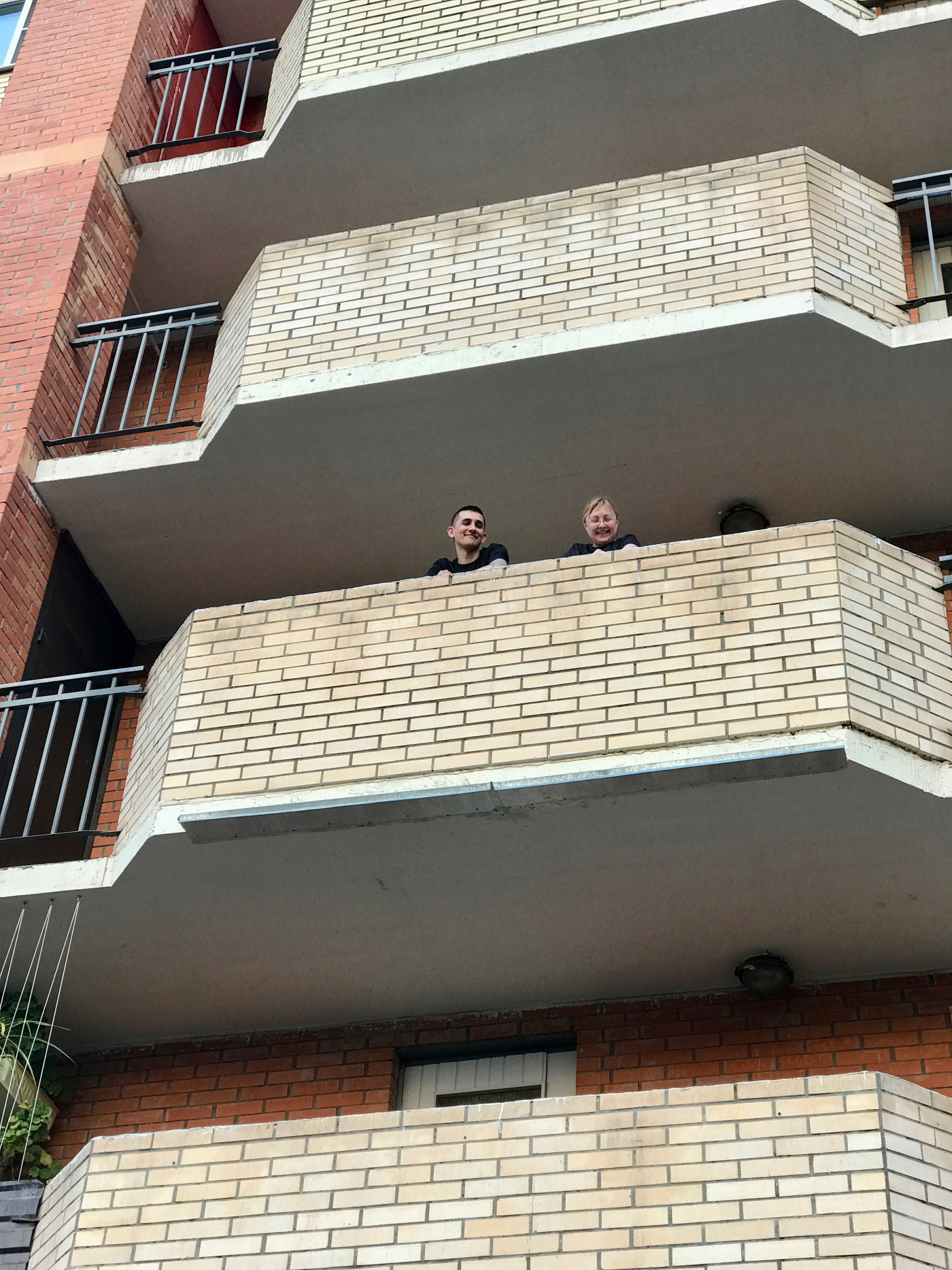 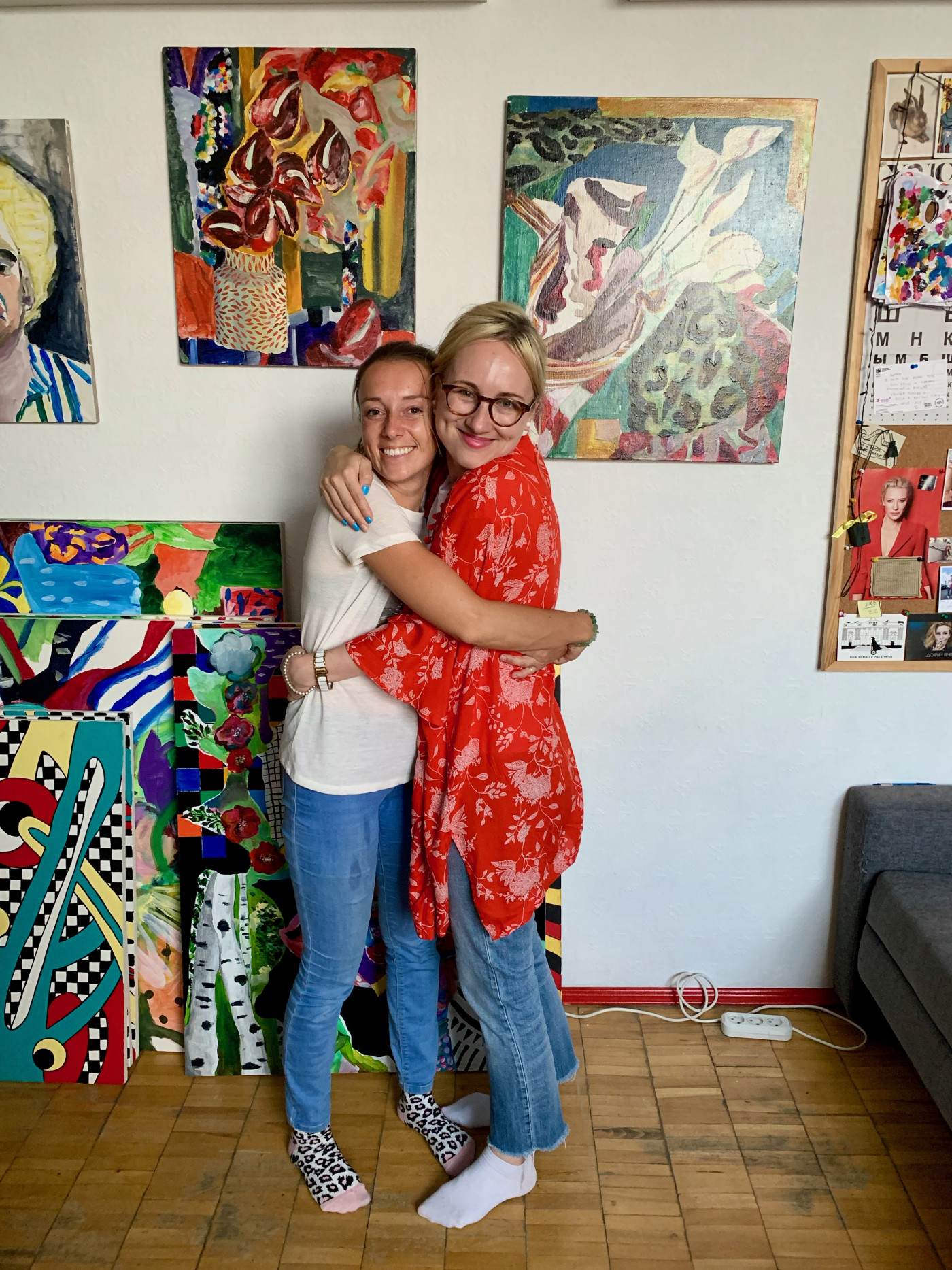 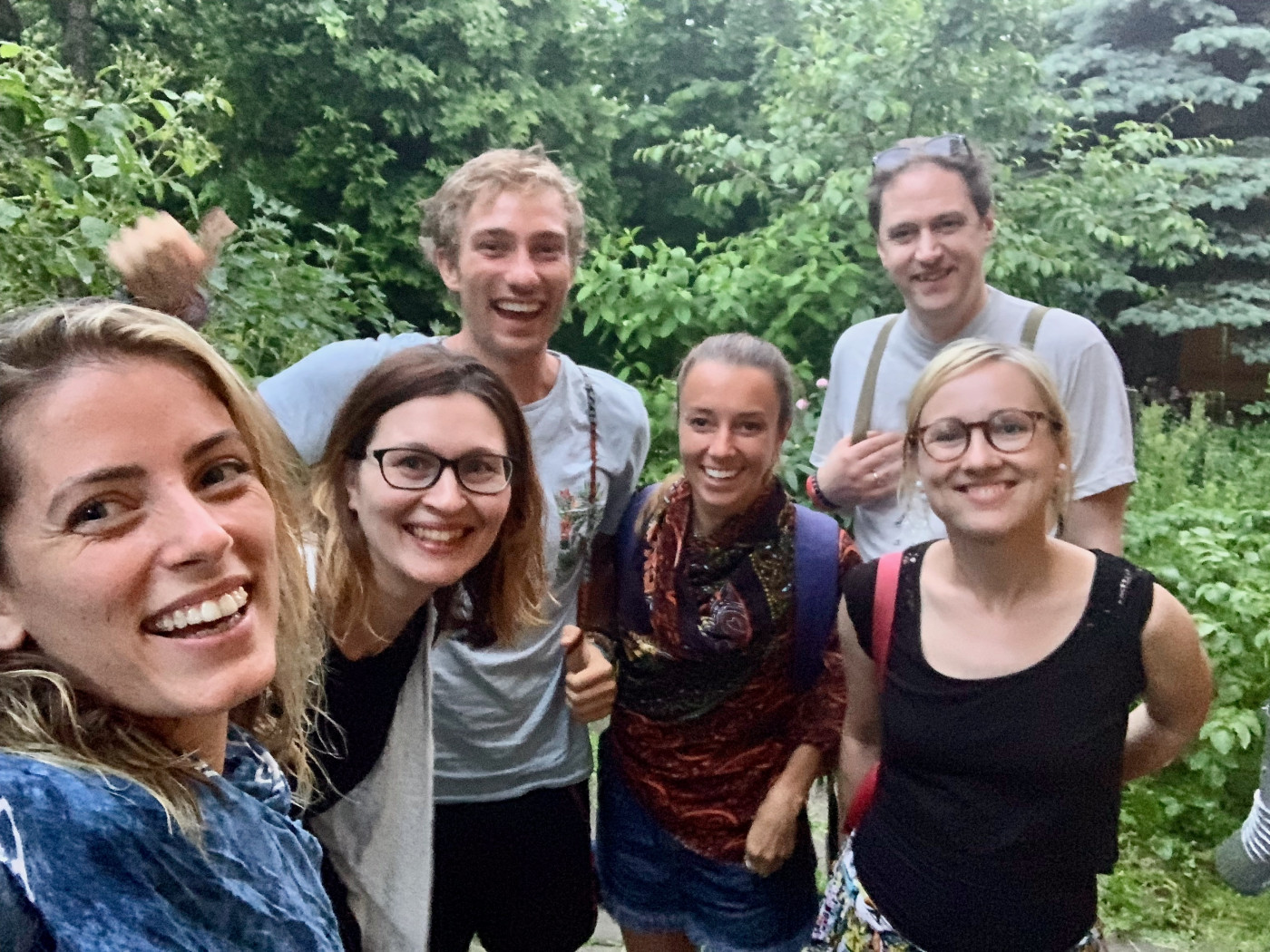 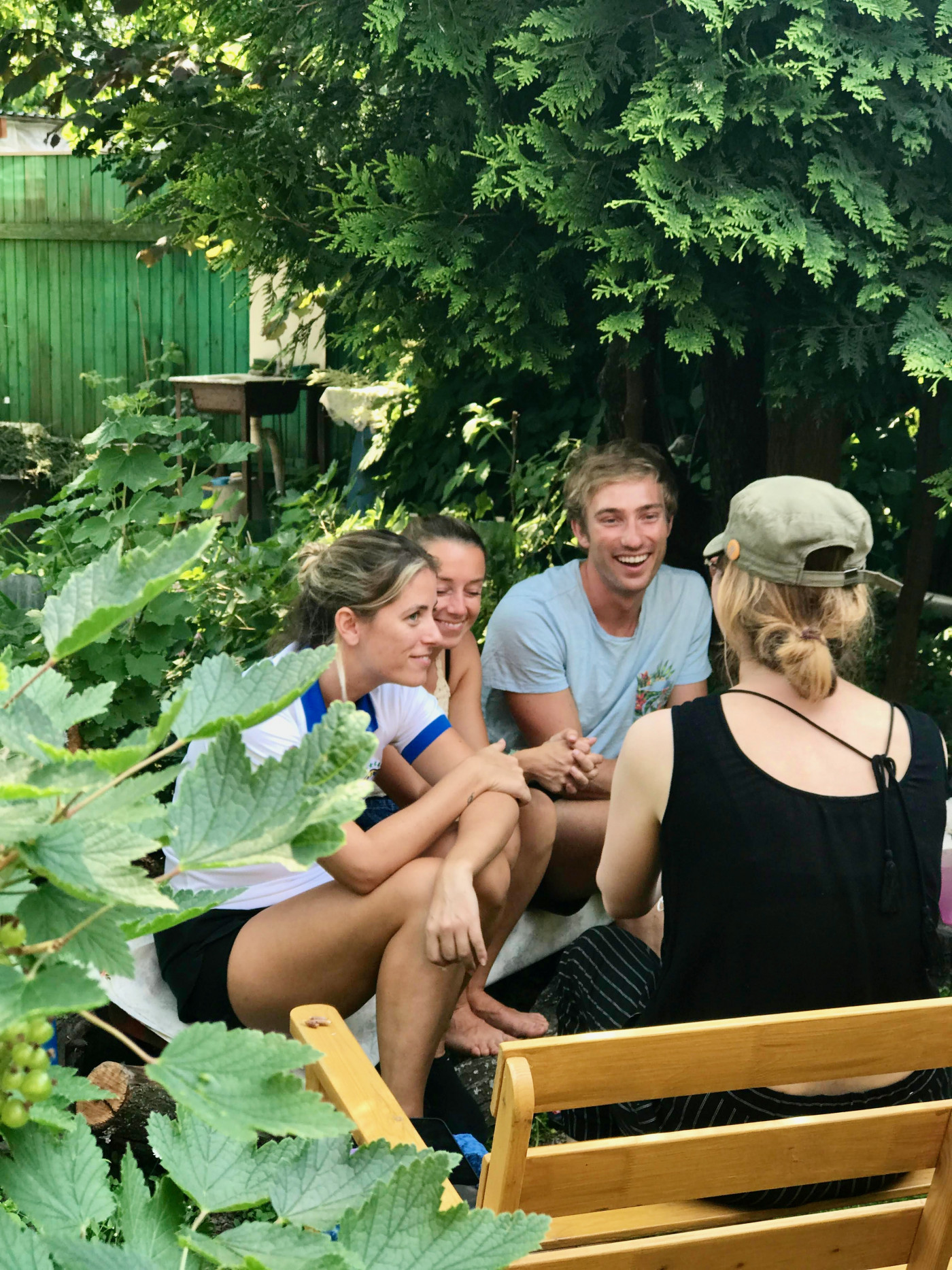 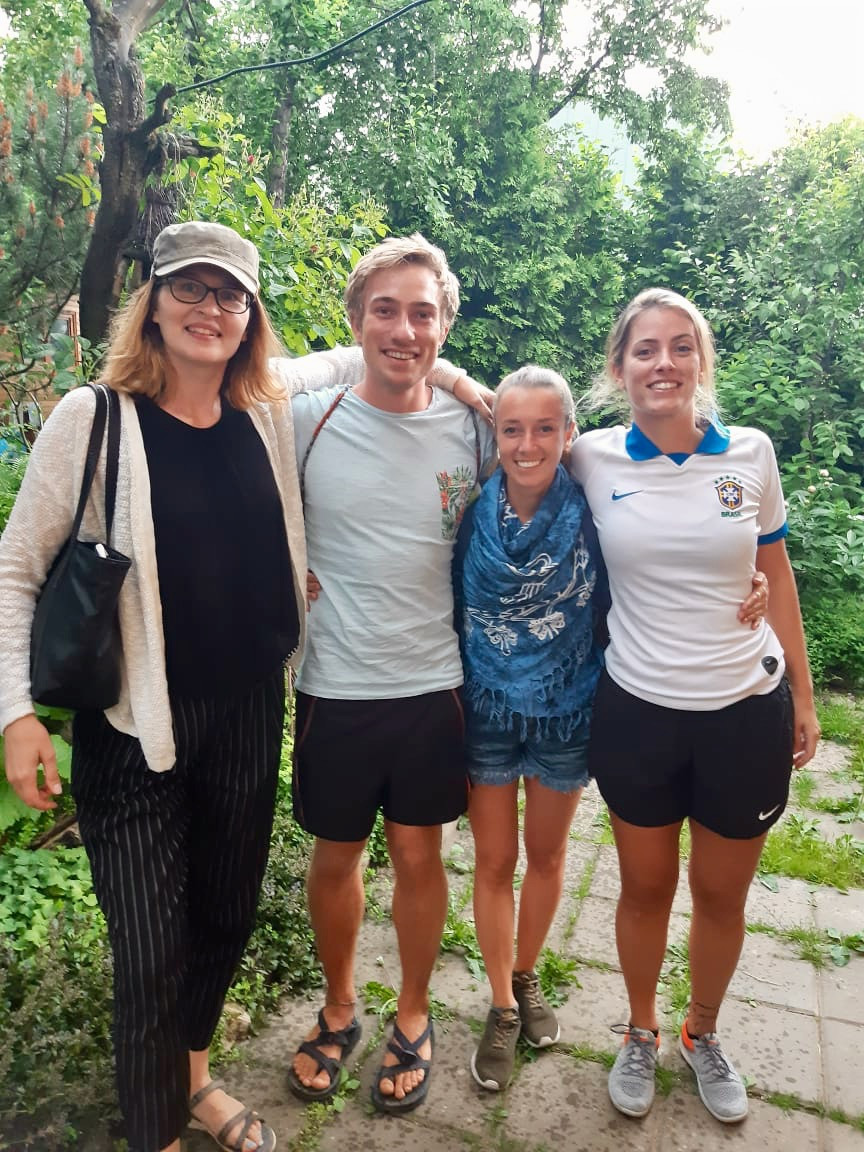 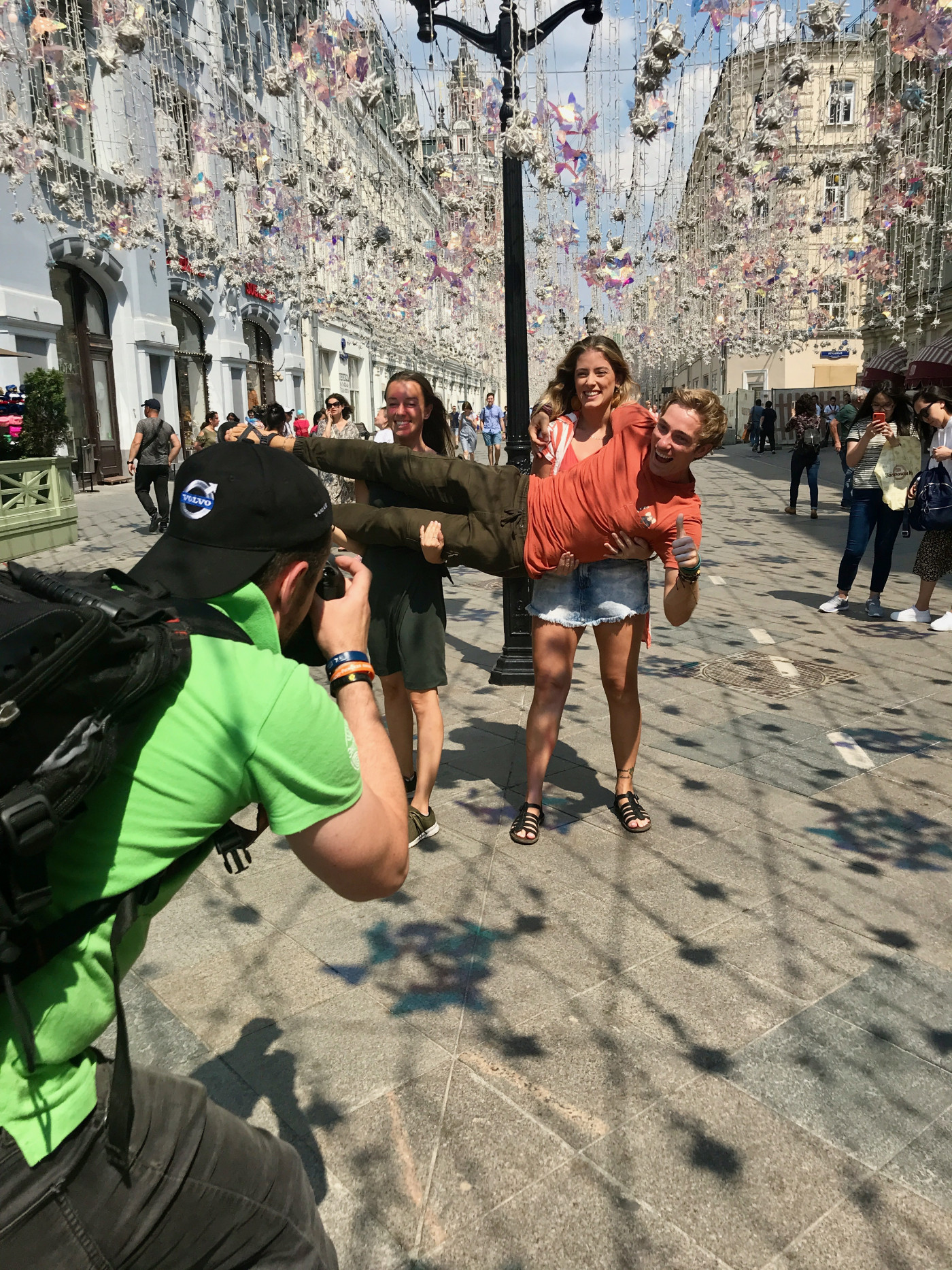 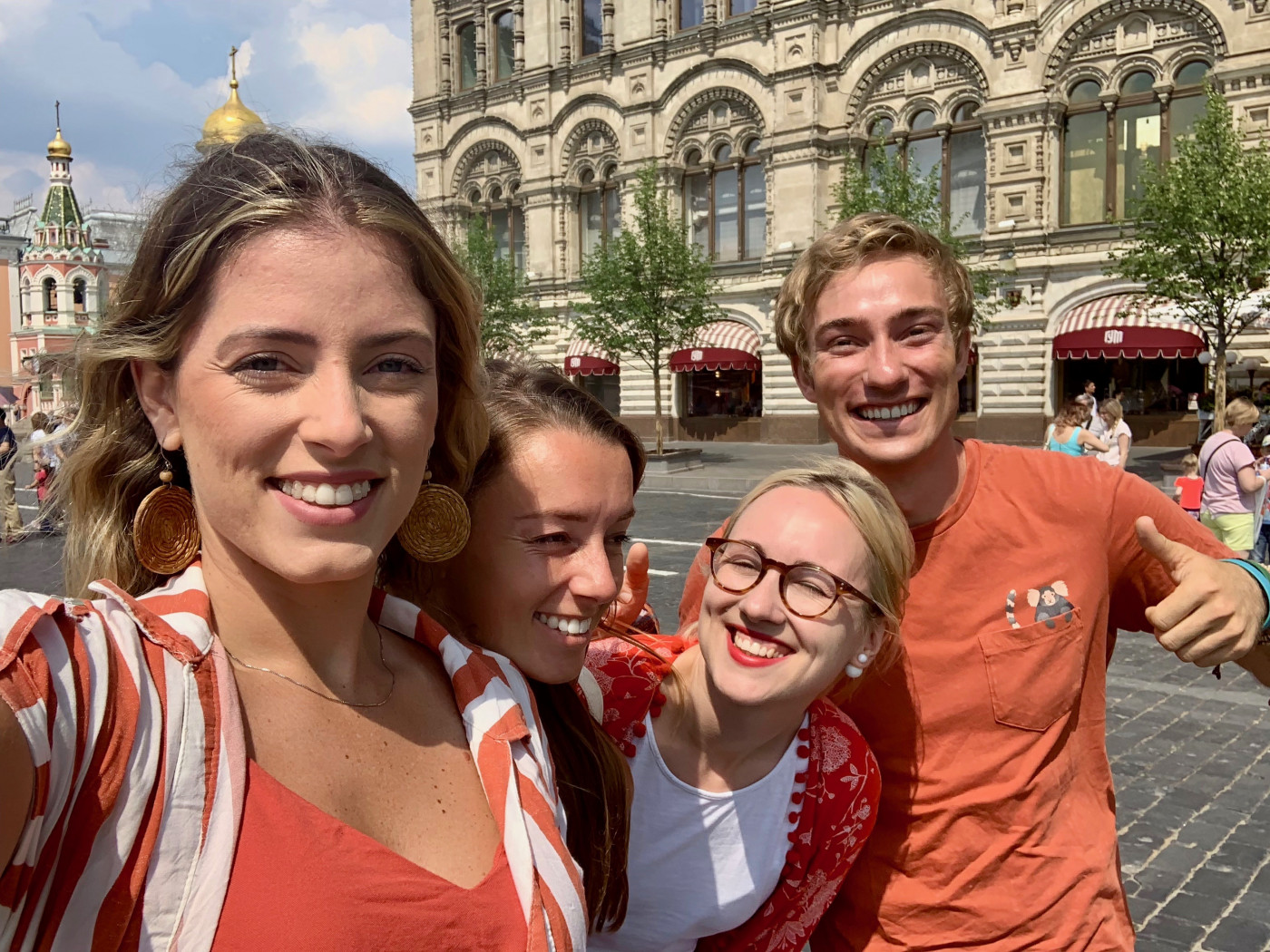 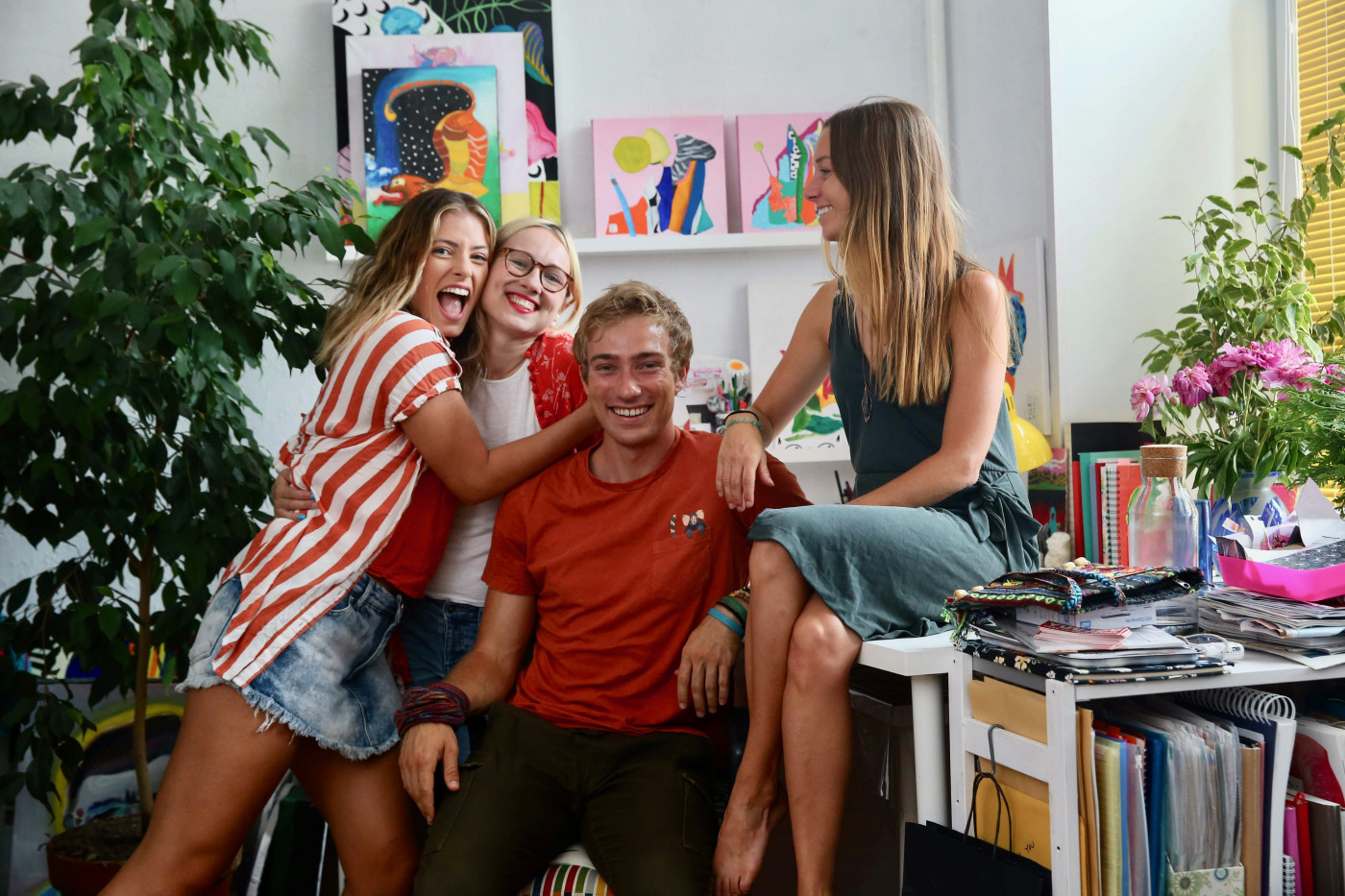 Team East spend time with their next host Dmitry in Moscow. Dmitry's daughter Valya picks the travelers up at the station and together they walk to their house. There they meet Dmitry and his wife Nastya for the first time. Nastya speaks very little English while Dmitry does not speak any English at all. With the help of Top 25 Yuujou traveler Nika, Dmitry's daughter Valya and a lot of hand signals they make sure to understand each other and the language barrier is no problem at all. The family cooks for the travelers and so they get the chance to eat some traditional Russian dishes. They start with Borscht, the traditional Russian soup. But before they eat the soup they drink three shots of Russian alcohol - one for health and the others for friendship. After lunch they then immerse themselves into the world of their hosts who actually are both YouTubers. Dmitry is a gamer and Nastya creates mini films. They show some of their work and then insist to play a dancing game all together before they then proceed to play poker. It's been a day full of fun and family time.

The next day Joey, Paula and Renata spend some more time with Nika. Together they go to her dacha, a summer house for the city people. Nika also brings along Alyona and her husband Dan who is from England. Nika has actually always avoided to go to the dacha as this is just too traditional Russian. So it is the first time she brings some friends there and together they laugh about the funny fact that Nika is about to become that traditional Russian, too. When they are about to leave, it starts to rain heavily. So it's the perfect time to tick off one of the traveler's challenges: dancing in the rain. And what's better than doing it with newly made friends?

Before the travelers leave to meet their next host in Cheboksary they are interviewed by the Russian edition of Metro. This is how the Yuujou traveler ends up of the cover of a newspaper in Russia.