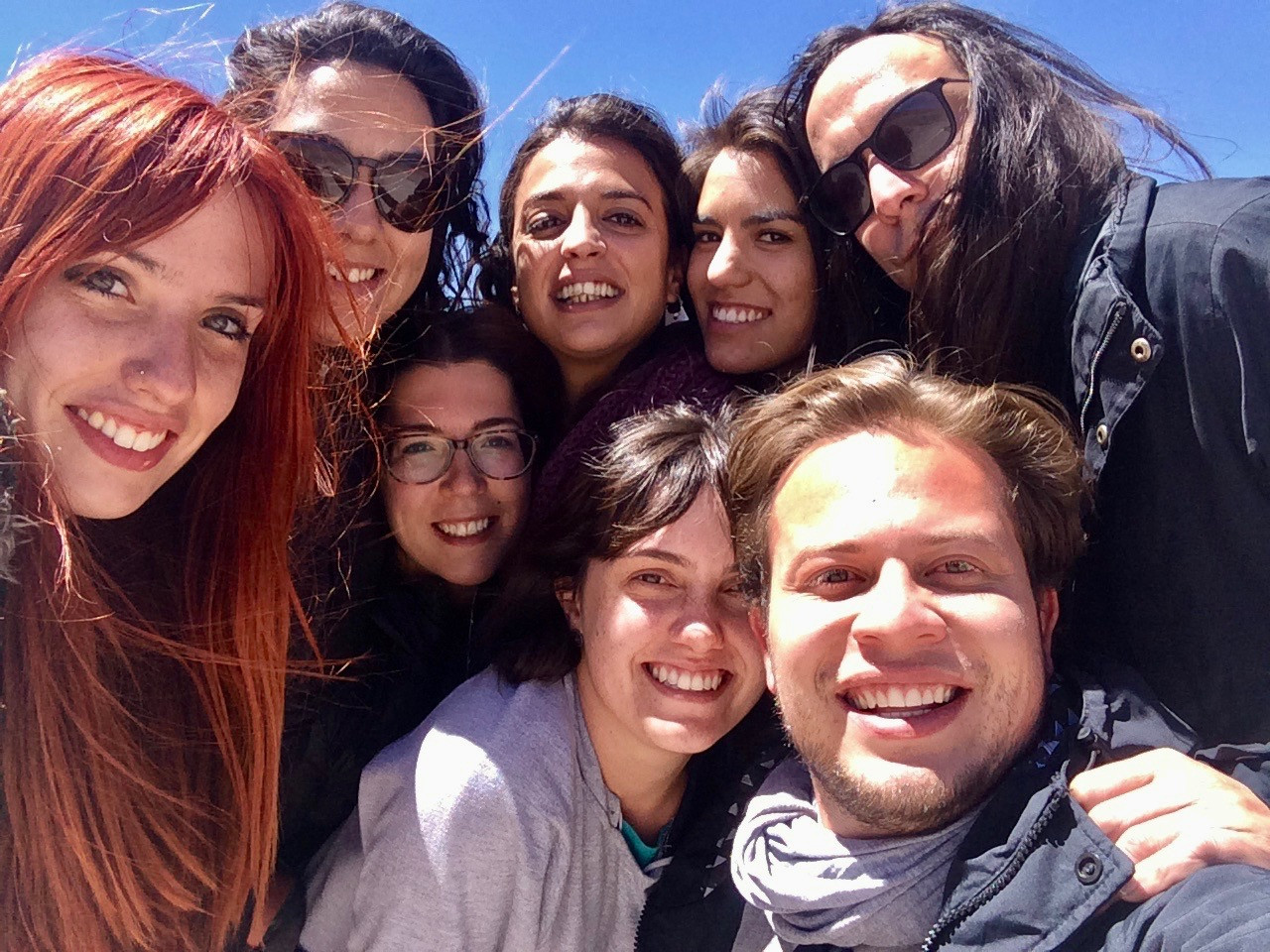 Life has a way of connecting us to people in extraordinary and unexpected ways. And you get those goosebumps every time you think back on these emotional moments. For today's #FriendshipFriday we wish to share a story told to us by Ricardo. It's a special story which Ricardo has never shared before. Here is his story:

Two years ago I won a scholarship to study Digital Journalism in Santiago de Chile. It was the best decision of my life so far! In one year, I've met the most amazing people and three of my best friends from abroad. In my college I met the bravest adventuress and kind Catalan woman named Alicia, who introduced me to Lilo, a long haired Chilean drummer with the best taste in music. The three of us went from San Pedro de Atacama, the driest desert of the world, to Chiloé, a small island in south Chile. We've survived three earthquakes, a sandstorm while we were riding our bikes through the devil's throat in the desert and more than 50 hours of travel between buses, cars and free rides in trailers. But the most amazing story happened while we were in Valdivia.

Chosen by "Vision Humana" as the best city to live in Chile, Valdivia is best known for its cultural activities and is the capital of craft beer. So we agreed that this must be the place to spend New Year's Eve. Lilo had a friend from Santiago who lived in a cabin deep inside Valdivia's forest, he asked if we could crash at his place and he totally said yes.
There were a lot of people at the cabin, so we introduced ourselves to everyone. And there was a Spanish man making one of Alicia's favorite dishes "tortilla de papa". We started making small talk with Alfonso while we were in the kitchen until I saw one of his tattoos, an eagle devouring a snake, just like the one in Mexico's flag. I was so amazed to see a non-Mexican person having one of the most symbolic animals on his neck so I asked him the story behind his tattoo and he happily agreed to tell us.

Alfonso spent 3 years in a prison in Barcelona in one of the most controversial trials in Catalan history. The reason: He hit a police officer who was using an illegal weapon (kubotan) against one of his friends in a pacific protest. If you ask Alfonso if he would've had done it again, the answer would always be an affirmative.
Alfonso's prison had a small window overlooking a mountain through which an eagle passed everyday. For him, looking out the window at the imposing bird gave him a feeling of unparalleled freedom. He asked his Mexican friend, who was also the official tattooist, to capture that moment on his skin. The friend only knew how to draw Mexican eagles, but that was not an impediment for a man in search of his freedom.
The rest of us were astonished by the story but Alicia had a special look on her face, like when you see a family member that you haven't seen in over ten years.
Alicia: I can't believe it, you're Alfonso?
Alfonso: Yes I am.
Alicia: I protested for your freedom 9 years ago, I even sent you letters!
Alfonso: People sent me tons of letters but the only ones that mattered where those of my daughter.
Alicia: I need to hug you.
Alfonso: We need to hug everybody.

In that moment, we realized the power of friendship and the unparalleled value of traveling with your friends because you never know when it will save your life.
To this day, the four of us still maintain contact via email, mainly because Alfonso doesn't like social networks but that makes for a truly unique friendship that I hope will be reunited someday.
If you made it to this part, I want to thank you very much. This is the first time I've ever written about this, and it felt amazing!

Share your own friendship story with us. Write an email to hello@yuujou.world or send a DM on our social profiles. Help us spread the message about the importance of friendship and real connections.
Share this post